Twitter Facebook RSS Feed
← Get on your bikes and Ride! CF Cycle for Life, Nov 9 in Serenbe, GA
.75 years old →

A Star Is Born 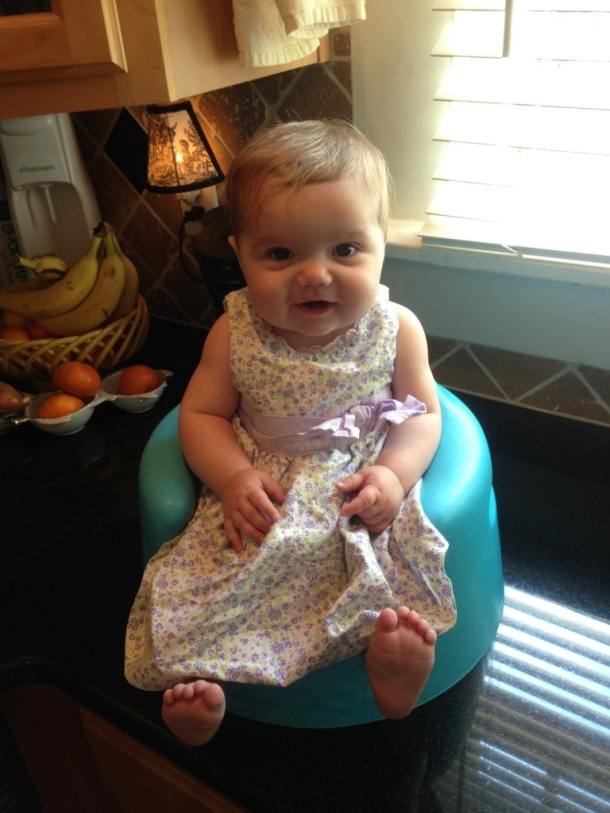 Ever wonder how stars are born? They are either children of a star or get a lucky break and some producer puts them in stardom. The other type of star is born in way as mysterious as they are magnificent shining in the sky at night. Im sure Stephen Hawking has an explanation for that.

There is yet another star. It is in some ways a combination of both stars. They share similar characteristics. One that people follow for some reason but they also shine out to everybody. Amazing and wonderful with a light that shines to capture our attention.

Sutton is the combination star. She has spread a light of joy to so many people and even has a fan club with over 2,000 followers of this blog and growing.

Her contagious spirit has touched so many people. We built a team of over 70 people for this years Great Strides walk, while raising over $22,000. It was Sutton who brought this team together. Many times I wonder how some little girl so cute can have CF, but then again maybe its the fact that she has CF that she is so cute to make life easier.

Her famous debut was aired on Fox 5 here in Atlanta on May 20, 2013. She was now sharing her smile with so many strangers. The Fox team did an amazing job portraying her life and happiness while stressing the struggles she lives with on a daily basis. They helped spread her light to so manh more people.

We have received several emails from strangers that were touched by her story. We added a bunch of new followers to the blog and feel as if we have accomplised a little more by raising more awareness to CF and the hope of a cure in the near future. We have met other CFers, parents, relatives and friends. Her story even reached Elena’s aunt in Chatanooga where she was able to read our post about her!

Want to watch the news story? Click below to read and see Sutton’s claim to fame.

Posted in Updates and Info. Bookmark the permalink.
← Get on your bikes and Ride! CF Cycle for Life, Nov 9 in Serenbe, GA
.75 years old →