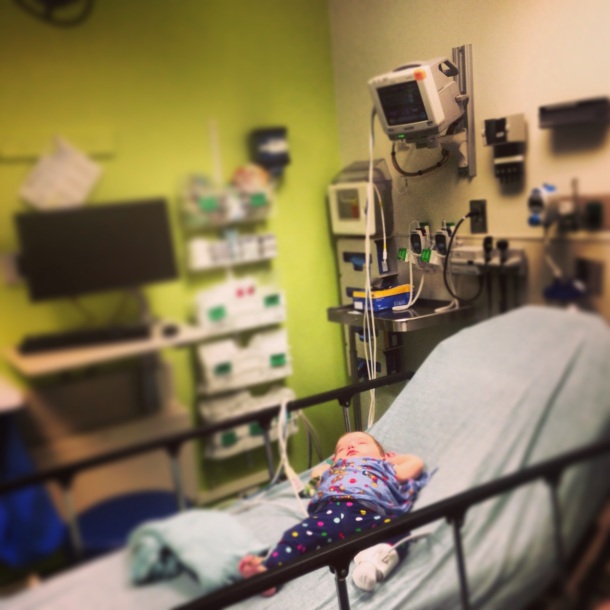 You can check out anytime you like, but you can never leave….or at least it feels that way sometimes. We are just praying that the fourth time is a charm because the third wasn’t solid enough.

Before I get too deep into Sutton’s not so great news, we do have so much to be thankful for.

Sutton turned six months old on April 14! She has made so much progress over the past month and a half. She is gaining weight and growing strong better than she ever has. She is over the 75 percentile in height/weight. This is great news since she has been hovering at the 50 percent mark at previous doctor visits. Study’s show that if they are at or above 50 percentile at age one, their lung function at age 18 is significantly better than if they have slow growth in the first year. We all had a big cheer for our baby girl when we got the news, and we finally have some of those trademark Burnett cheeks!

Hiatt and Sutton grow closer every day. It is so amazing to watch the two of them interact, although we do have to remind Hiatt that she still can’t do some of the things he does or eat the same food. He will often try to share his snack or feed Sutton. He is constantly making silly faces and they will laugh at each other. He shares his toys with her and will many times cover her up with his own blanket. We have caught him doing everything from reading to her, talking to her and checking her vital signs with the thermometer and stethoscope. He wants to be a part of her treatments and we make sure to give him the important role of turning on the machines we use. Many times, he just wants to hold her and give her hugs and kisses. He is such a good big brother and she loves him the same. They will be best of friends. 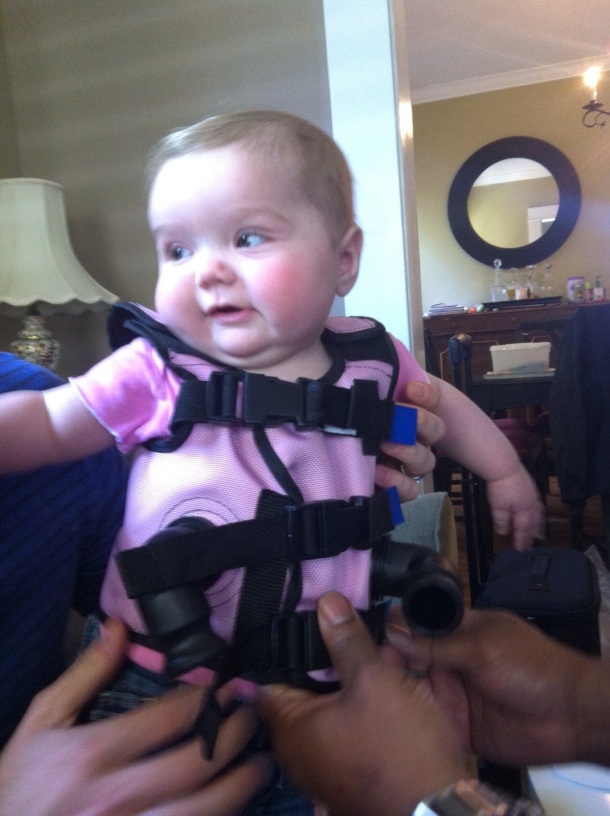 Some of you are probably thinking from this picture that Brittany’s dad, Britt, has jumped the gun and already has Sutton in a life vest to go kayaking down the river! That would be a good guess, but we actually got approved for a Chest Percussion Therapy(CPT) vest. We were originally told that we would not see the vest until around age two, but given all of the hospitalizations and viruses, the doctors thought it was better to start early. It is a much more effective way of her pat therapy we were doing by hand twice a day for twenty minutes. It takes the same time, but now we just hold her with her vest on and let the machine do the hard part. So far she doesn’t seem to mind it and it does seem to be much more effective. It sounds like a helicopter flying by, so I keep getting flashbacks of being in the middle east. The most important part is that it is pink and maintains fashion while performing function. 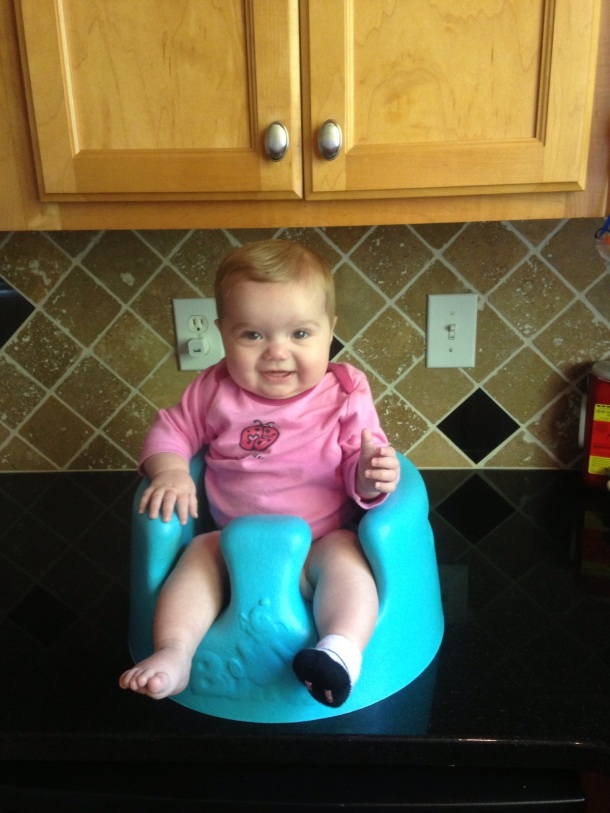 We have been searching for a plan to help raise more money for CFF. We have resorted to the fact that sometimes products sell themselves when placed in front of people. We are in the full swing of fundraising for our spring CFF fundraiser, the Great Strides walk on May 18. We have been putting lots of effort into raising money towards a cure for CF. After the Cycle for Life event last year, we had so man people interested in being a part of our effort, we decided to make Team Sutton Grace our permanent team name for all events and have everybody be a part. We have had great success so far getting people to join our team for the walk and already have people on the team for the bike ride in November. We have big plans for Team Sutton Grace and invite anybody who wants to be a part to take a look at our Team Sutton Grace page on this blog. We always want to make sure that you all now, no matter how formal your involvement is, that each of you is a part of the team through your support. Its not too late to join us on May 18 at Georgia Tech for this years Great Strides walk. We have hopes to raise $10k as a team and are well on our way. We want to end this crazy disease for all of those who have CF and especially our little Sutton.

It’s hard to tell through the mask, but Sutton has a big smile on her face. That smile is our motivation. It is our reminder that if you look through tough times, there is always something to smile about. It reminds us why we spend over two hours a day keeping up with treatments and medicines. It reminds us that we have been blessed with a beautiful gift, a grace, in our lives that touches the hearts of so many.

This past week has been a little rough. Hiatt and Sutton started with croup a week ago and had a few days of that infamous cough. Hiatt continued to get better, but Sutton just couldn’t kick it and the cough slowly turned into a respiratory mess. ER on Monday, mild runny nose on Tuesday, bad runny nose on Wed and another ER visit with respiratory distress, a better Thursday with a manageable runny nose and then comes Friday. We started off in the ER on Friday morning with more respiratory problems and severe congestion. I took three diapers, one bottle and had a plan to be back home by lunch so I rushed out the door without breakfast. After a few breathing treatments and some deep suction, not much improvement was being made so we went for an X-ray. The X-ray showed pneumonia in the lower sections of both lungs and a culture from her Wed ER visit showed bacterial growth. There was no turning back at that point and we made the transition to be admitted to the hospital which can take a while. We were placed in a temporary room for about three hours so that we could wait for a room on 5 West. As I found out later, the nurses on 5 West knew she was there and put in a little extra effort to get a room cleared, cleaned and ready for Sutton. It was such a warm welcome and it is comforting to see such familiar faces.

The doctors came by late evening and got us up to speed on all that is in store for this round of treatment. Due to the pneumonia and the bacterial growth, the plan is to treat her aggressively with antibiotics to get her all cleared up. They are placing a picc line in which is a more secure IV that has much safer access to administer antibiotics. They are also planning to perform a bronchoscope on Monday to get a better idea of what is happening in her lungs and obtain a culture of the bacteria growing to make sure the treatment plan is precise to her needs and clear any bacterial growth from her lungs. We expect at this point to be at the hospital for about two weeks in hopes to clear her up completely.

We feel like we are in good hands with both the doctors and nurses with hopes of getting her past this rough season for all of us. We will continue to keep you updated as things progress. We can’t thank you all enough for everything you do to support us. We are Team Sutton Grace.

To join Team Sutton Grace on May 18 or to donate follow the link below.